INTERNAL COMBUSTION ENGINE PARTS AND THEIR FUNCTION
1. Cylinder :- It is a container fitted with piston, where the fuel is burnt and power is produced.
2.Cylinder Head/Cylinder Cover:-One end of the cylinder is closed by means of cylinder head. This consists of inlet
valve for admitting air fuel mixture and exhaust valve for removing the products of combustion.
3. Piston:- Piston is used to reciprocate inside the cylinder. It transmits the energy to crankshaft through connecting rod.
4. Piston Rings:- These are used to maintain a pressure tight seal between the piston and cylinder walls and also it
transfer the heat from the piston head to cylinder walls.

5. Connecting Rod:- One end of the connecting rod is connected to piston through piston pin while the other is connected to crank through crank pin. It transmits the
reciprocatory motion of piston to rotary crank.
6. Crank:- It is a lever between connecting rod and crank shaft.
7. Crank Shaft:- The function of crank shaft is to transform reciprocating motion in to a rotary motion.
8. Fly wheel:- Fly wheel is a rotating mass used as an energy storing device.
9. Crank Case:- It supports and covers the cylinder and the crank shaft. It is used to store the lubricating oil. 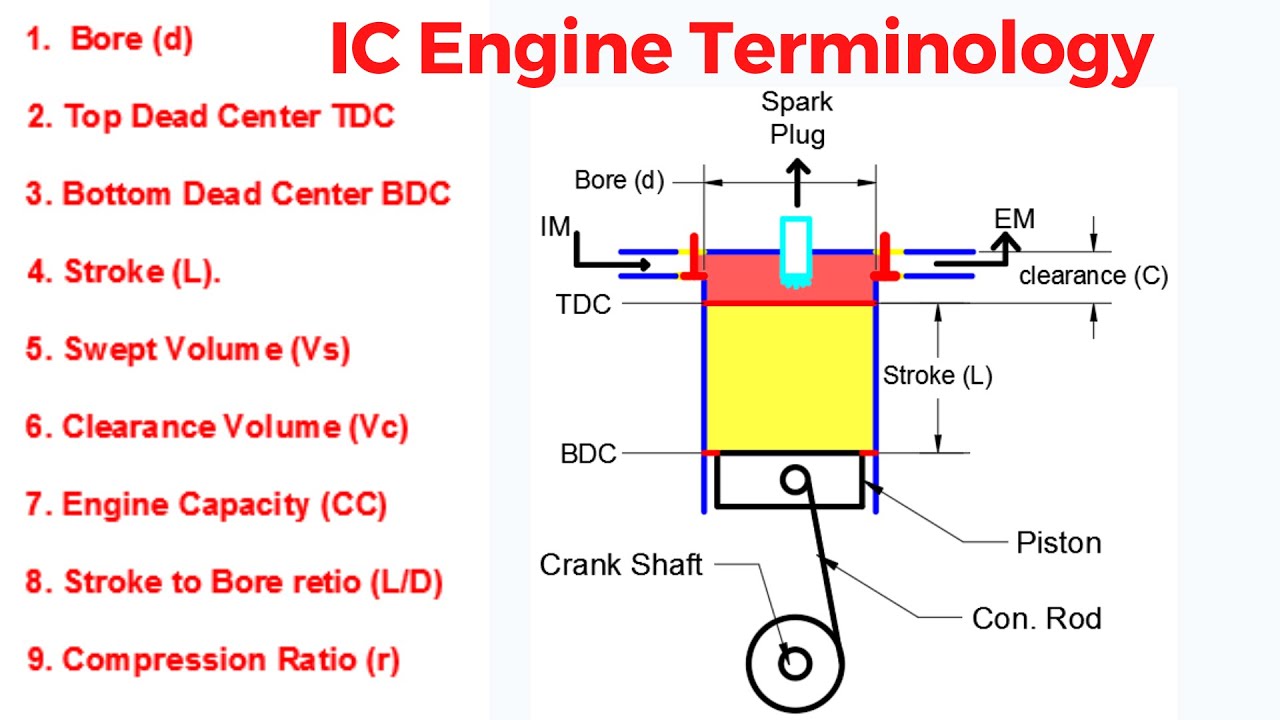